I met Craig through a friend last year, and have watched him go from thinking through real estate investing as a passive income strategy to attacking the Indianapolis market and acquiring his first two properties. Below are some of his thoughts on choosing a market, investing remotely, and helpful resources for education and networking:

On his tech background and how he got into real estate…

Craig: I had worked for a startup through college and then considered continuing with that when I graduated. In college, the advice I got was essentially to go into either investment banking or management consulting if I wanted to stay in business. I chose management consulting, and did that for a few years before deciding it wasn’t for me. So a few years out of college I quit my consulting job and just moved to San Francisco with the goal of finding a job at a startup. I was interested to see if I could make a career out of that. I did a bunch of research on potential startup jobs and ended up at this awesome company called TellApart – an advertising technology company. I had a ton of fun working there and met a bunch of really smart people. 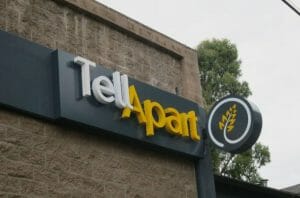 Long story short, Twitter acquired TellApart a few years ago. It’s still Twitter’s largest acquisition to date. I didn’t have a ton of equity in the company because I was kind of low man on the totem pole when I joined. Still, the acquisition was worth enough to me where I had to really start to think about how to invest my money for the first time in a meaningful way.

I had a few friends who were thinking about real estate, which I always thought is this scammy thing where it’s these slimey gurus pitching their programs and it just kind of turns you off. But I had a few smart people I trusted really look at it and then I decided to take a look at it for myself. After reading a bunch and digging in and doing research for about a year, I decided to pull the trigger and see if I can get better returns in real estate than I was getting in the stock market or other opportunities.

And that’s essentially where I’m at. I did research for a year and acquired two properties in Indianapolis, which is where I grew up. They’re both almost done with the rehab and probably will be rented within the next couple of weeks. I’m still learning and still in the middle of things there. But it’s exciting to think that within the next month or so I’ll start receiving rent checks for both properties and really start to get the payout for all this work.

On the resources he found most helpful for education and motivation

Craig: Looking back the resource that provided the most value to me was Rich Dad Poor Dad, which I feel like most people had read at point but I hadn’t. That was really motivational. I think Bigger Pockets was great for networking. I just cold messaged people after they were posting things I thought were thoughtful. A ton of them agreed to meet with me. I talked to three or four people who’ve been on the podcast. I met my mentor from BP, and several other folks who have been helpful along the way. I definitely think from a networking perspective that Bigger Pockets was actually surprisingly good. 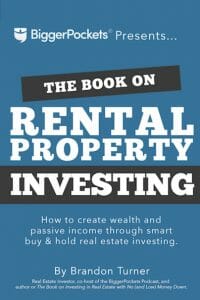 From a raw educational perspective I think the Bigger Pockets Book on Managing Rental Properties covered all of the basics.I don’t think it’s necessarily comprehensive, it’s not sufficient to stop there, but it will give you a good idea of why this works in different scenarios, but I think for me  the whole point is when you finish reading you really want to take your investments to the next level.

On choosing Indy as his market

Craig:  So if you actually if you look up on bigger pockets I did an in-depth forward looking analysis of what I thought the top MSAs were to invest in real estate in. And eventually after doing this crazy in-depth analysis I decided that as long as you’re in a top 20 market, they’re not all that different from each other, and what becomes much more important is relationships and having an idea of the neighborhoods, and just being able to build a network out there. The people you work with are going to significantly impact your success – especially for an out-of-state investor like me – much more than the actual market you choose.So you can be successful in the best market or the 20th best market or anywhere in between, it’s just important that you want to have a connection that market. So I live in San Francisco, which is not a good market for cash flowing properties. I don’t know any smart investors out here doing that. So the next best market for me was Indianapolis, because that’s where I grew up and my parents still live there. And Indianapolis is a great cash-flowing market. So that’s how I ended up in Indianapolis.

On investing out of state

I think there are a lot of ways you can do it. It’s definitely more difficult than investing locally. So if your local market is better I would stay local, but there area lot of things you can do to make long distance investing easier on yourself.

One option is turnkey – just going with a company that supposedly does everything for you and you can just buy at market price. Based on my research, I’m not a huge fan of turnkey in general. So what I did is kind of like a hybrid turnkey / do it yourself model. I have a local partner who I pay a fee to who manages rehabs for me. He’s not a GC, he’s a project manager and interfaces with the GC and the subcontractors and everyone else around. And then he will also be my property manager too. So he’s going to have been involved in the project from the beginning. I pay him a fee to manage the rehab and then he’s taking a percentage of the rent once the property is finished. So that’s my model to avoid going the turnkey route, but not to go full on DIY, which I don’t think would have worked for an inexperienced out of state investor.

So so far this has been working out pretty well. I don’t get as good a deals as guys who are really on the ground hustling, but I get much better deals than turn-key. I’m also much more confident that the work going into these distressed properties I’m acquiring is being done well than I would be by trusting a turnkey provider.

Also, I really like my day job. I think a lot of people and real estate are doing it to get out of their day job. I’m not. I’m just doing it because I think it’s a good investment. And I want to spend my time with my family and I want to focus on my job. So paying the project manager allows me to do that and I think it’s worth what I pay him.

On why he picked a single family rental strategy

My target properties are single family homes in Indianapolis rent for at least $800. I prefer them to rent for $1,000. In Indianapolis, small multifamilies are usually in a war zone. So if you’re buying a duplex or quad in Indianapolis, most of the time it’s in a really bad neighborhood. For whatever reason it’s just kind of how the city is laid out. On paper the price to rent ratio and all that to look amazing but in practice most experienced investors will tell you that your paper returns aren’t going to be your real return. So that’s one of the reasons I focus on one single family. 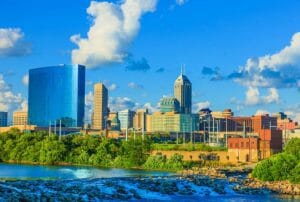 Another reason for me is that Indianapolis tends to be a pretty boring real estate market for single family homes and there’s always going to be a market for them if you want to unload them. So being new to real estate investing, I didn’t know if this is going to stick long term, and I’m still not 100 percent about that. So it’s kind of an easy way out for me as well. The price of these houses are not so high where making a mistake on a single home is really going to hurt me too much.

So those are kind of all the factors that led me to single family, and then I also have rent minimums for two reasons. For one, with certain rent thresholds in Indianapolis – or any market – the quality of tenants improves significantly, and the headaches to manage goes down, even if you’re hiring a property manager. It’s not uncommon for a property manager to fire their clients because the properties they’re being asked to manage are just not worth the percentage of the rent that they’re getting. So that was important to me being out of state. Second, the other piece is that when the rent is too low, your expenses can catch up with you too quickly. Some costs don’t change based on the type of home. For example water heater in $500,000 home is the same as $50,000 home, so your capex and repairs as a percentage of tends to go down as your rents go up.

On his long term plan for real estate

My long term plan is to generate enough passive income to cover my cost of living in the Bay Area, which is very high compared to the national average. It’s going to take a while to get there. I think I’m probably going to do a few flips while I try to replenish the capital I put into the rentals, and then I’ll get back to buying more single family homes and repeating that cycle.

And then at that point I’ll probably have to take a look back and assess how scalable I feel this is and maybe look into multifamily. There are others that have come up that seem like a better option. The funny thing is once you start getting into real estate and you’re actually purchasing a  property and working on it, people are more interested in sharing what they’re doing. You also start asking much better questions.

It’s still a bit surprising to me all the different ways you can make money in real estate. I’ve learned at least a dozen different strategies to generate passive income in real estate that I wouldn’t have anticipated going into it. So I’m just keeping an open mind, I do think I’ll stick with this for a couple of years or so but then at that point I’ll probably take a step back.